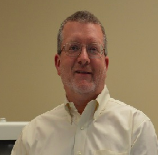 Dr. Holmes has more than 18 years of experience in the field of neurological surgery. His career in the field began at Dartmouth-Hitchcock Medical Center, where he was a neurosurgery resident from 1988 to 1993. Dr. Holmes was the Honorary Assistant House Physician at the National Hospital for Neurology and Neurosurgery in London, England. In 1993, he joined the Department of Neurological Surgery at the George Washington University Medical Center in Washington, D.C. He began his work with Neurosurgical Specialists, LLC, in Hagerstown, MD., in September 2002.

Dr. Holmes received his M.D. in 1987 from The Pennsylvania State University, where he attended the Milton S. Hershey Medical Center, College of Medicine. He is a member of the Congress of Neurological Surgeons, the Pennsylvania Neurosurgical Society, and the Lackawanna County Medical Society. Dr. Holmes is a Diplomat of the National Board of Medical Examiners was well as the American Board of Neurological Surgeons.